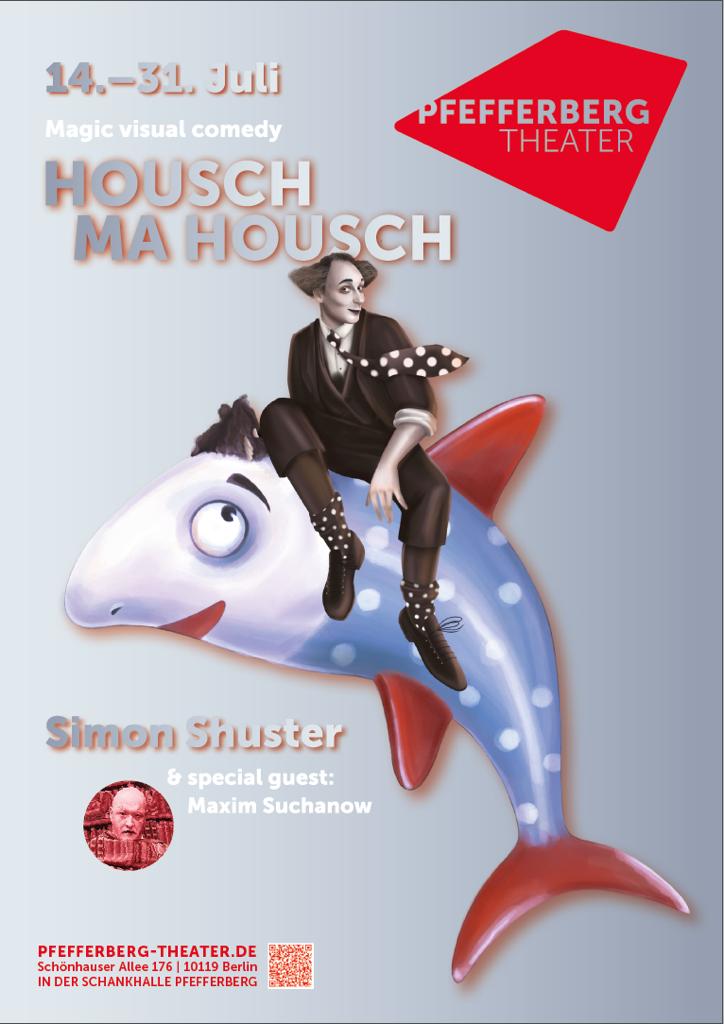 The 9th edition of the Bayeux International Circus Festival takes place from 14th to 20th of March, 2022.

(…) the famous clown Housch-ma-Housch will be in the circus arena at the Bayeux International Circus Festival! (…)

(…) This German artist invites the audience to enter his universe. That’s a strange character and his world is filled with good humor. Housch-ma-Housch speaks in his own language, which gradually becomes understandable and intimately close to each spectator. His lively and original humor is multiplied by his knowledge of human nature. 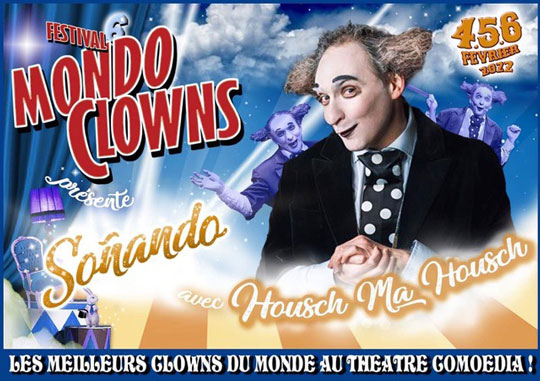 “What an immense joy to finally welcome Housch-ma-Housch in our Festival!
You would think he came straight out of a dream, so unclassifiable is his character! At the crossroads between the Addams Family, Tim Burton, and Warner cartoons. Housch-ma-Housch will bring a real wind of madness to “Mondo Clowns”! With his unique universe, you will embark into the world where Laughter is a country, and a smile, its capital!”

Thierry Planès,
Founder of the Festival Mondo Clowns about the 6th Edition

“Le Festival Mondial du Cirque de Demain” which exists from 1977 is a prestigious event dedicated to the circus arts. But this year it was an extraordinary edition. Because of our today’s epidemical situation, it was filmed in a TV show format at the “Musée des Arts Forains” in Paris between the 14th and 23rd of January 2021. The circus artists performed in an astounding atmosphere but unfortunately without an enthusiastic and physically present audience, which did not affect their professionalism. The German and French circus fans will have the opportunity to watch the festival on Christmas time all ready this year 2021. 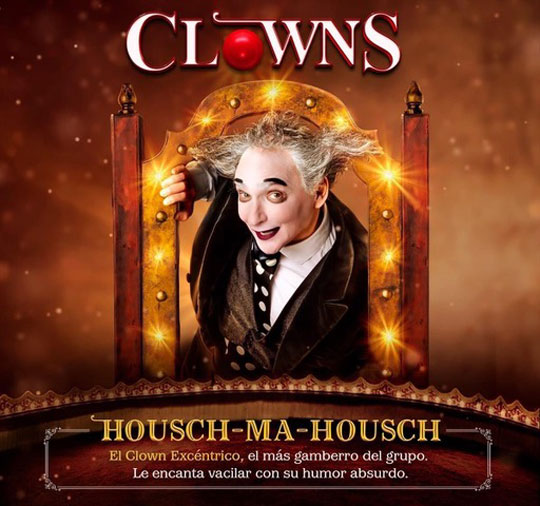 The show “Clowns” is 5 clowns with 5 visions of humor, 5 views of the absurd, which takes the audience into a world where a gesture turns into a smile, and a smile turns into loud laughter. “Clowns” was created to remind the audience how to laugh, shout, clap their hands and share unforgettable moments with their loved ones. The show premiered in May 2021 in Madrid and will continue until the end of this year in various cities in Spain. 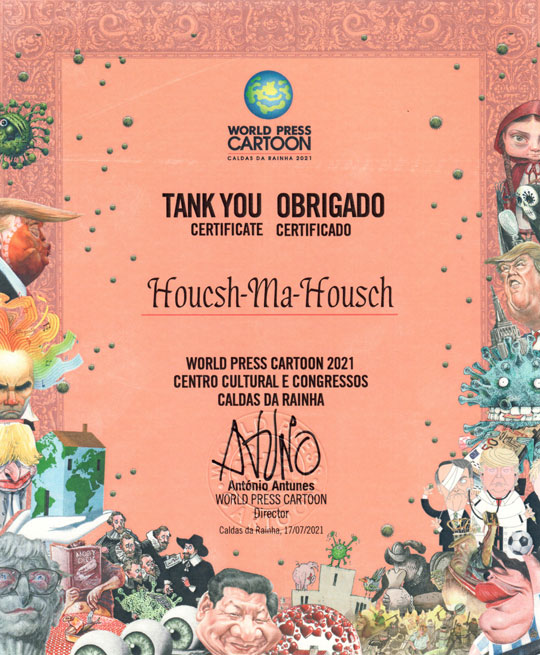 World Press Cartoon is the organization based in Lisboa known for holding one of the world’s largest and most prestigious annual press cartoon contests. The event was organized on 17th of July 2021. Its mission was to distinguish, exhibit, promote and award the best drawings published in the world press. The striking highlight in this contest was the performance of the festival’s guest “Housch-ma-Housch”. 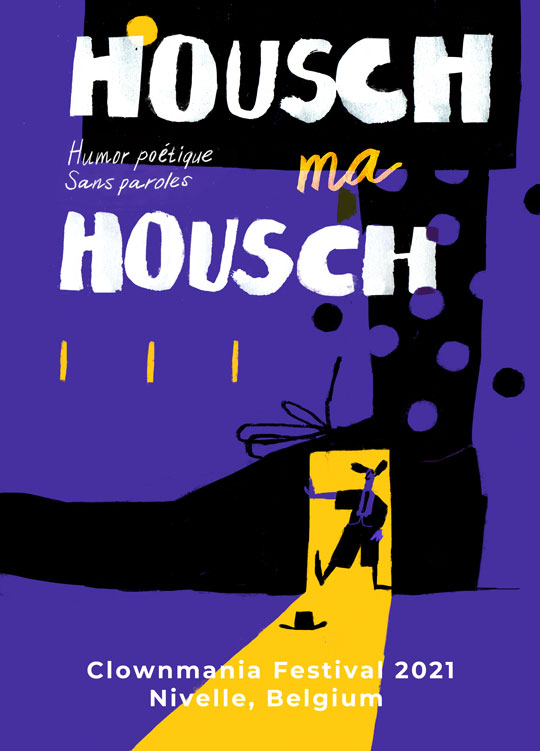 Long live laughter and joy! Nivelle, Brabant brought together artists of the comedy genre, to give the audience moments of sparkling humor and carefree laughter. “Clownmania” – is a festival dedicated to the art of clowns of all around the world, which was held in Belgium this year on 3d and 4th of July. 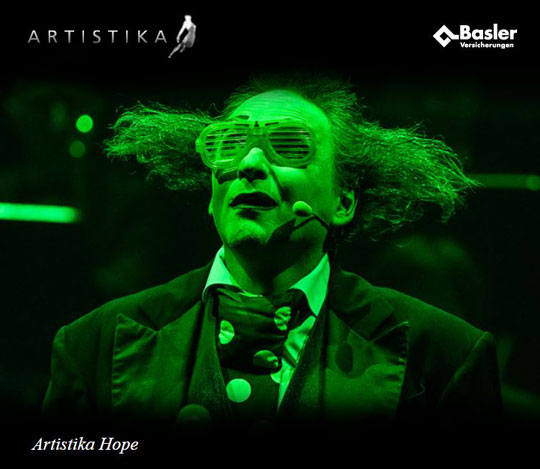 The 9th Artistika 2021 (from 22.04.21 till 25.04.21) is a renowned international Festival of acrobatics in Switzerland. This year, the popular live show was transformed from the originally planned visitors event into a high-quality TV production under the title “Artistika Hope”. All artists, musicians and technicians were able to cope with their mission and, as usual, create high-class entertainment in the new format adapting to our today’s situation. 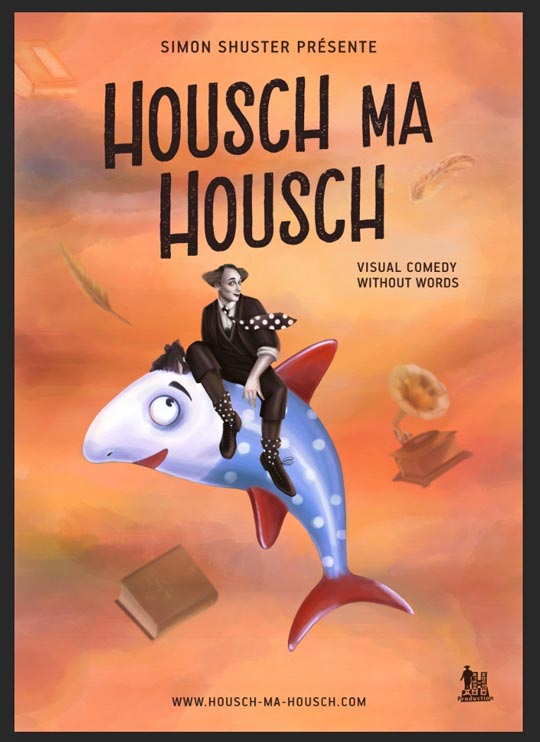 I am pleased to announce the dates of my show which will take place in France in Saint Etienne on September 27th.

It is a visual comedy show for the audience of all ages. 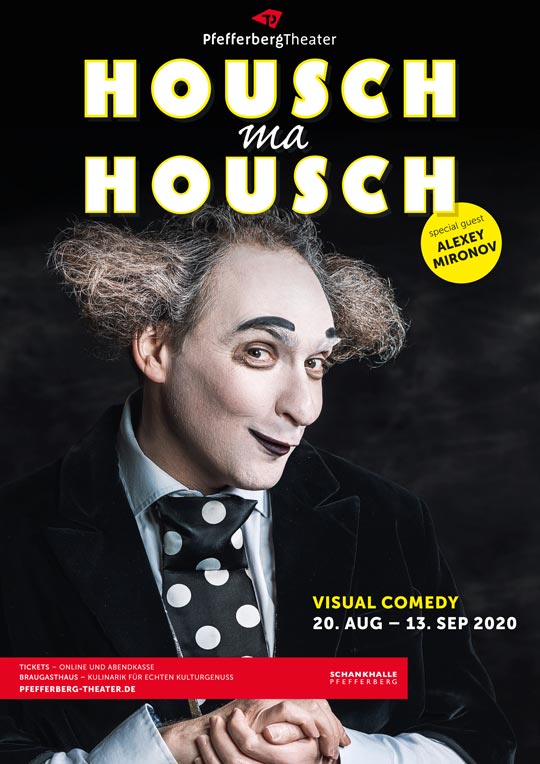 From 20th of August till 13th of September 2020 I go LIVE with my show in Pfefferberg theater in Berlin!